Each year, millions of Americans acquire a sexually transmitted infection (STI). Some of these STIs can be cured by medication; others, particularly those caused by viruses, cannot be cured. Thus, tens of millions of sexually active people have lifelong STIs, like herpes, HPV, and HIV, which they may unknowingly pass on to their sexual partners. Some of these STIs have serious consequences, such as permanent damage to reproductive functioning, cancer or AIDS.
To reduce the prevalence and minimize the consequences of STIs, many cities have clinics that provide free (or low cost) testing and treatment. These clinics also provide counseling to help patients reduce their risk of acquiring STIs. It is important to continue improving the effectiveness of such preventive counseling in STI clinical services.
We conducted a study to test a novel two-step approach to delivering sexual risk reduction counseling. The first step involved a brief 15-minute counseling session during a clinic visit. The second step involved a 4-hour workshop about sexual health.
Our Study
We recruited 1,483 men and women who were seeking care at a publicly funded STI clinic. The sample was about two-thirds African-American; the average age was 29. Enrolled patients were either recently diagnosed with an STI,or were at risk for an STI, due to risky behavior like having multiple (often concurrent) sexual partners or practicing inconsistent or no condom use. 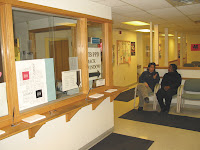 Each patient heard a description of the study and voluntarily agreed to participate. Next, each completed a detailed health behavior survey and then received one of two brief (15-minute) programs. One program was delivered by computer (DVD); the other involved  face-to-face behavioral counseling, which was extensively pilot-tested. Both of these interventions were designed to inform patients about how to avoid STIs and to motivate changes in risky behavior.
Each patient then received standard medical evaluation and care, following guidelines provided by the Centers for Disease Control and Prevention.
Within the next two weeks, two-thirds of the patients were invited back to the clinic to receive a more intensive (4-hour) risk reduction workshop. These workshops were conducted by trained facilitators, who followed intervention manuals.
To measure the effectiveness of the brief and intensive risk reduction programs, patients returned to the clinic three times over the following year to provide information about their sexual behaviors. They also were re-tested to see whether they had acquired a new STI since their last visit. With their permission, we reviewed each patient’s medical records to see if they had contracted a new STI during the year they were in the study. Patients’ self reports of STIs, testing, and medical record reviews allowed us to determine the effectiveness of the safer sex programs.
We sought to answer several questions with this study:
Encouraging Results
Three months after the initial visit, all patients reported having fewer sexual partners – an important risk reduction goal. Patients also reported fewer occasions of sex without a condom. They knew more about STIs, they were more positive about condom use and safer sex, and they had more confidence in their ability to use condoms. For the entire sample, STIs declined from 18% to 4.5% in 12 months.
We had expected the computer-based education and the face-to-face behavioral counseling programs to work, but for their benefits to be short-lived. We also expected that the workshops would enhance the durability of these brief interventions. In fact, the benefits of the programs did not fade over time – both the DVD and the face-to-face behavioral counseling led to equivalent risk reduction.We saw no additional benefit associated with the workshops.
Our results showed that the brief programs worked better than expected. It is also possible that the overall experience of being in a research study – receiving a brief intervention, completing detailed health surveys, participating in regular STI testing, and getting extra attention – may have overshadowed the anticipated booster of the workshop. Completing regular health surveys may have raised participants’ awareness of the importance of reducing sexual risk behavior and protecting their health. We are exploring these possibilities in ongoing research.
Practical Implications
Brief, sexual health promotion programs can help patients at STI clinics reduce their risk behavior and avoid future STIs. The programs we developed were guided by behavioral science theory and implemented in busy clinics.
Our experience, as well as that of other researchers, is that effective programs need to:
What’s Next
We plan to study the role of repeated behavior assessments on sexual behaviors. We think these assessments can encourage short-term change. We also plan to improve the effective and efficient DVD-based program by focusing on reducing the number of sexual partners, creating components designed to motivate behavior change, and providing more specific skills training. Our long-term goal is to develop effective sexual risk reduction programs that can be easily administered in STI clinics.
Posted by Seth Kalichman at 8:42 PM 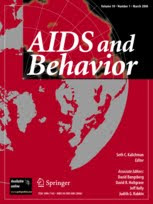 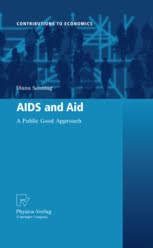